Bonsai. It’s All About The Trees!

I am not the first to say, of late, that the world has gone insane. To be fair planet earth is just fine and carries on much as it always has done with it’s ups and downs, it’s the bit that we humans inhabit that’s gone nuts. Personally I no longer feel the construct we have created for ourselves is worthy of habitation. In fact it looks a lot like we will create our own mass extinction within the next cup-full of decades and not by the means the media and politicians would have you believe. That will sort out climate change and the earth will recover without us and life will go on in some form or another, twas ever thus.

Within that paragraph there are two words we need to focus on World and Earth. I use these to mean the following…

World: humankind; the human race; humanity and the structure of our society

Earth: A biosphere, this planet as the current habitation of humans

The insanity all around us is almost entirely of our own making. It’s largely down to our lack of respect for the resource we were given, greed, selfishness and a self serving competitive nature. You know only too well I would be the first to point the finger of accusation at our pathetic shower of political leaders but sadly we are all equally culpable. Only a fool would think there is a way out of all this mess based on our current trajectory. It’s like a fly caught in a bowl of shit soup looking for an island of croutons (cretins?) to save itself. It looks to me like the human species was doomed from the outset hoisted by our own petard of smug cleverness. Whilst we may be clever enough to dodge some trifling thing like Covid there are graver enemies at the door. The only way through is to live our own life, the best we can and with respect and honour. In the words of Robert Frost “The woods are lovely, dark and deep. But I have promises to keep, and miles to go before I sleep.” Time to get busy.

Talking of poets reminds me of East Coker from T.S. Eliot’s  Four Quarters. The poem discusses time and disorder within nature that is the result of humanity following only science and not the divine. Leaders are described as materialistic and unable to understand reality. The only way for mankind to find salvation is through pursuing the divine by looking inwards and realising that humanity is interconnected. Only then can people understand the universe.

“So here I am, in the middle way, having had twenty years-
Twenty years largely wasted, the years of l’entre deux guerres (between two wars)-
Trying to use words, and every attempt
Is a wholly new start, and a different kind of failure
Because one has only learnt to get the better of words
For the thing one no longer has to say, or the way in which
One is no longer disposed to say it. And so each venture
Is a new beginning, a raid on the inarticulate,
With shabby equipment always deteriorating
In the general mess of imprecision of feeling,
Undisciplined squads of emotion. And what there is to conquer
By strength and submission, has already been discovered
Once or twice, or several times, by men whom one cannot hope
To emulate – but there is no competition –
There is only the fight to recover what has been lost
And found and lost again and again: and now, under conditions
That seem unpropitious. But perhaps neither gain nor loss.
For us, there is only the trying. The rest is not our business.”
― T.S. Eliot, Four Quartets

So, what’s all this jabbering got to do with bonsai trees? With my advancing years I begin to see there are two worlds we are exposed too. One is a deafening cacophony of discordant noise characterised by fear, anger, doubt, violence and destruction and silliness. The second world is the one that was here before us and will continue long after we are gone. We might call it the natural world with it’s cycles of life and death, cold and heat, light and dark. It’s where we came from and once our “miles” are done it’s the place to which we will return, of that there is no doubt. We may spend our waking moments and days in this human construct but make no mistake when this all ends we are no more than fertiliser for the trees we bonsai folk love so much.

That’s still a bit cryptic so in the words of a politician ‘let me be clear’. Bonsai success can only be attained through an understanding and appreciation of time and the natural world, it’s principles, cycles and rhythms. This esoteric wisdom is available to all who can quiet their souls sufficiently to find it. It’s like a wisp of morning mist laying on grass before a rising summer sun. Sadly most of us never make it because the writhing cacophony of the world keeps us from it.

Still not got it? ‘let me be clear’……. again. There is the right way to do something and there is the popular way to do something. It’s a rare day indeed that these two converge. I think we could all agree that lying and deception are wrong but that does not stop politicians doing it and because it is ever present we just go with the flow rather than make a fuss. Bonsai is a bit like that. These days our plate is piled high with goodies and, much like a chumpster at an all-you-can-eat buffet, we know what we like but figuring out what’s actually good, or necessary is a whole other issue. Just because a lot of folk tell you something is ‘right’ does not make it so, especially in a world where popularity is often lauded above fact or truth.

This is known as ‘crowd thinking’ to which we are doubly susceptible during periods of transition or uncertainty. We question the wisdom of the past and even our own experiences and learned behaviour. As billionaire investor Warren Buffet says….

I would call that swimming against the tide, not just going with the flow. That’s tough but when you do a couple of things happen. Firstly you will be more likely to find new ideas in a quiet less crowded space and secondly you are also going to find cracks, issues and problems with the popular position. A skeptical eye is priceless. And even if you go with the flow, you’ll see the potential pitfalls and will be more ready to succeed than others picking the path because it is the most popular.

A little peace and quiet for the mind, a skeptical eye and an assumption that anything is possible opens doors. Having the ability to shut out the noise and slow things down can really make all the difference. It’s what Kevin Willson calls ‘a moment of clarity’. But, we have to create the opportunity for it to happen. Just be careful what you put on your plate, just because it’s served up in front of you do not, for a moment, assume it’s good for you. If a blind squirrel can find a nut or a country clod-hopper like me can produce a nice bonsai tree from time to time how much better are your own prospects?

Bonsai is about an almost spiritual connection with nature through the medium of a living breathing tree. We might like to think we are bending the plant to our will. In fact the opposite is actually true, once we master the art it’s the tree that bends us to it’s will. If we fail to yield, the tree will likely die and we will lose our soul. The best bonsai are created by those who respect their plants and understand them and how this all fits together. It’s not all about wiring, styling and carving it’s all about respect, cooperation and understanding and the first step is to entirely dis-regard the opinions of other folk in pursuit of our own individual journey. All that matters is that silent little tree that is entirely dependant upon you for it’s life and survival. It could be said our trees are our prisoners but I prefer to consider myself a prisoner to my love of those little fellows whom I respect and care for so deeply and that give me so much in an entirely over crowded noisy and ruinous world.

Without trees all human life on earth would be lost. Trees are our air filtration system not just a source of wood for us to pillage. If bonsai can teach us anything it’s that OUR entire existence is thanks to them and not the other way around. Most of the trees on earth have already been lost. Bonsai is something that can help re-connect us to our most important ally. It’s not about winning a trophy or bragging rights, it’s not a competition, that’s all bullshit. It’s ALL about the trees we need so much and our very survival depends upon. As bonsai folk we should know this. We need more trees!  Spread the word! 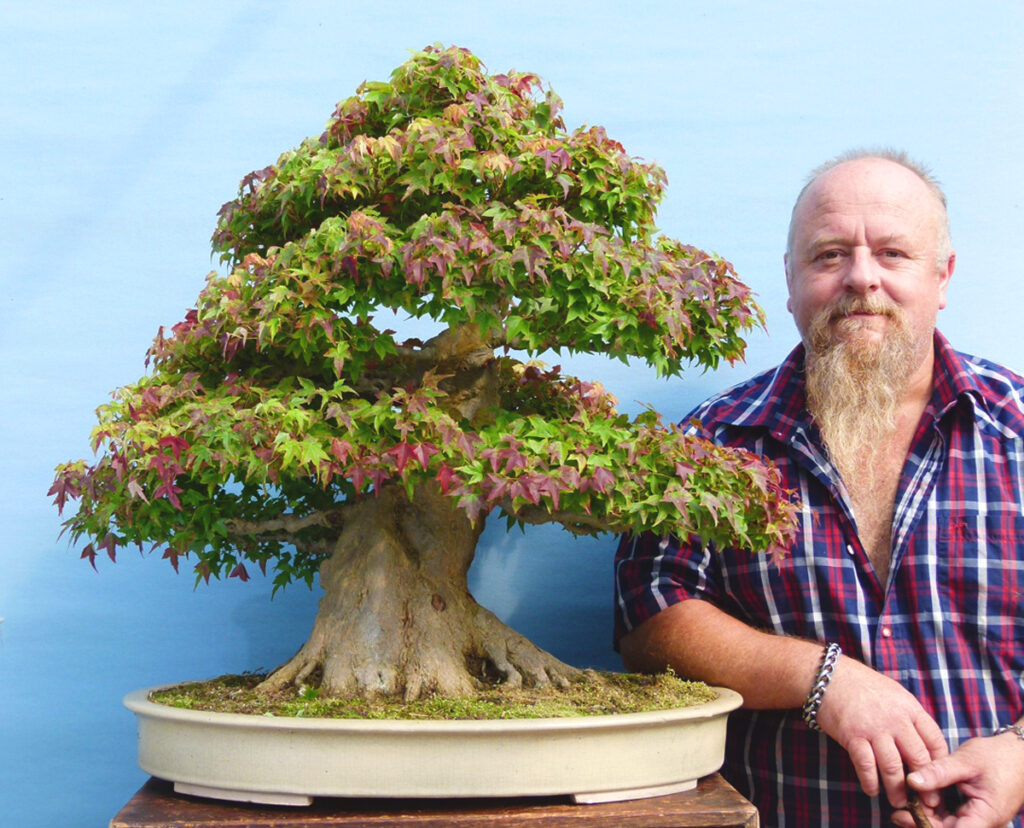 Bonsai. It’s all about the trees